JC H1/H2/H3 Economics Tuition:
How Would You Like To Open Up Your Exam Paper And Discover That You Spot-On Got It In The Bag!

– Even If You Initially Hate Econs, Never Did Understand It, Or Struggled To Improve It (With Only Months Left To Exam)

FIND OUT HOW EXACTLY WE HELPED >3000 STUDENTS FINALLY RELATE TO ECONOMICS CONCEPTS, GET PREPARED, & EFFORTLESSLY SECURE THEIR DESIRED GRADES SINCE 2007

The harsh reality: Most students got into JC Econs thinking it’s cool and more relevant, only to find it "hard to understand", "impossible to score well", and eventually grow to hate JC Econs.

No, NOT because JC Econs is a difficult subject.

But because scoring well for Econs ACTUALLY requires students to NOT ONLY fully understand the RATIONALE and MECHANICS behind each economic concept (should be able to easily explain using their own real-life experience), but apply the correct TECHNIQUE to present the answer clearly.

Hence, for students who are used to memorising blindly and regurgitating, this is a steep learning curve to overcome - leading to frustration on why their grades never improve.

In other words, it’s like ‘navigating a jungle again and again with a poorly pieced-together map’ when they could’ve easily used a proven & accurate one.

It’s no wonder so many Econs students feel so lost and stressed out!

It also doesn’t help that there’s insufficient time and attention within the JC curriculum for students to clarify concepts.

As a result, it’s not hard to see that students’ exam and test grades can only suffer, which limit their future university and even career choices in life.

This shouldn’t be the case.

And that is why we at ETG chooses NOT to simply bombard you/your child with more content, but simplify econs concepts, provide broad yet targeted question practices, full attention from the teacher, and drill on easy-to-acquire techniques (to the point where you/your child could’ve not studied much and still would’ve known what to write).

A structured and concise solution you can always rely on and will ever need – since 2007.

Introducing Your Surest Way To Achieve Your Desired Grade:

A Handful Of Cs and Ds Each Year

How EXACTLY We Helped Our Students Achieve Their Desired Grades:

Couldn’t grasp complex econs concepts and feel like they’re beating about the bush?

At ETG, we go straight to point with concise and super-relatable real-life examples/ anecdotes (during 2h weekly lecture, 1h complimentary weekly tutorial, and in their online resources).

Everyday real-life examples that make you go, “Wow, that actually happened in my life! Now I know how to apply it” instead of “I don’t understand and don’t see the need for it”.

As a result, our students require little to no memorisation as intuitively, they already understand the content at the back of their heads.

In fact, to ensure that students TRULY and CORRECTLY understand the concepts with the correct answering technique, we grade their answers with detailed feedback and provide 24-7 individual WhatsApp support!

How would you like to open up your exam paper and realise that you’ve already practised those questions?

No, we’re not talking about some wizardry or witchcraft.

You see, predicting ‘A’ Level questions with a higher probability of success involves thinking from the markers’ point of view and knowing what they’re looking out for.

Of course, this requires years of experience in picking up trends from past ‘A’ Level questions and understanding the intent of the examiners.

While there’s no 100% guarantee, most of our ex-students told us that most of their ‘A’ Level questions have already been done countless times before (thereby giving them the extra edge)!

But more importantly, we find this to be especially useful before ‘A’ Level when there’s limited time to revise and purpose-driven practice is needed.

Structured & Customised Roadmap For Each Student 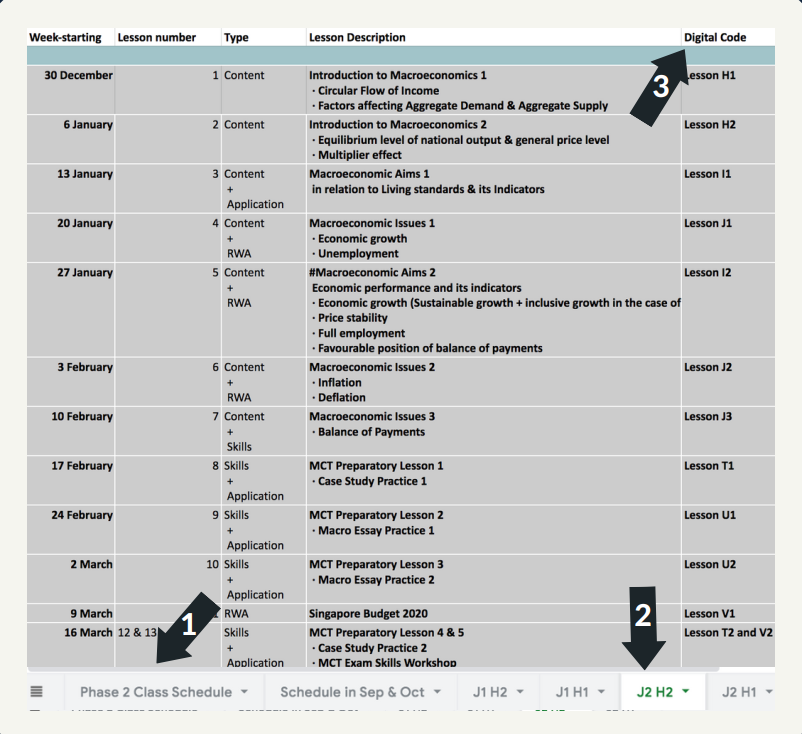 It’s easy to see that students have trouble studying for econs with a heap of disorganised notes, zero structure to follow, and no follow-up reviews.

Not to mention that, it requires an unreal amount of discipline to juggle CCA and still have the energy to cover multiple subjects.

To resolve such issues once and for all, we NOT ONLY simplify concepts and give focused practices, but draw out a Week-By-Week Gameplan for our students (General).

For those that need an additional private structure for self-revision, we offer a Customised Roadmap upon request during consults as well to help you succeed in FULLY PREPARING for the upcoming exam.

We do not hold back when it comes to FULL SUPPORT for our student’s success.

On top of our direct access via WhatsApp for burning questions, you may easily book a dedicated slot for 1-To-1 Face-To-Face/Zoom Consultation (30 minutes).

This is crucial for those who prefer to ask questions after class or want to clarify any specific questions.

And yes, you never have to worry about losing your notes or missing a class. We provide an LMS system where all our lessons are recorded!

Resource-wise, every single year, we update our Textbooks, TYS Answers, Summary Booklets, Study Guide in your ETG Student Box Set (we mail it to you). As a result, students can reduce their workload from 30 pages down to just 5 pages. This includes pinpointing which relevant articles to focus on out of the thousands out there.

Don’t Take Our Word For It, Hear From More Students:

Be Our Next Success Story

Why ETG Over The Others? 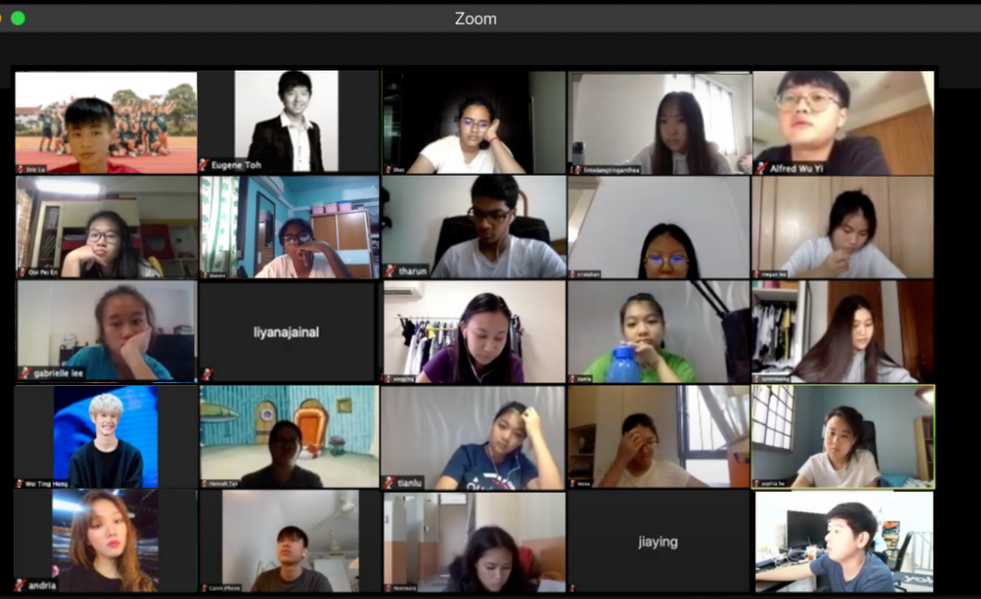 Flexibility Of Both Worlds With Onsite Classes & Zoom Classes

No longer do you need to rush for tuition, worry about travel time, get overloaded with more homework, or even stay hungry!
Students get to enjoy the convenience of live streaming classes or attending them in person.

Furthermore, every lesson is recorded if you do happen to miss some. This allows our students to also revise and catch up with the learning.

And just in case you’re wondering, be it online or offline, you can expect to receive the same amount of resources and learning.

Last but not least, we have a fully stocked, free flow pantry for ALL onsite students who want to keep themselves from getting hungry and losing focus!

If you’re looking for a proven, qualified and experienced teacher, we may have just the person you seek.

Our main teacher, Mr Toh graduated from National University of Singapore (NUS) with a Bachelor in Economics and then later on went to complete a Masters degree in Economics from Singapore Management University (SMU).

Mr Toh has also completed an executive Masters of Business Management from the Quantic School of Business & Technology. 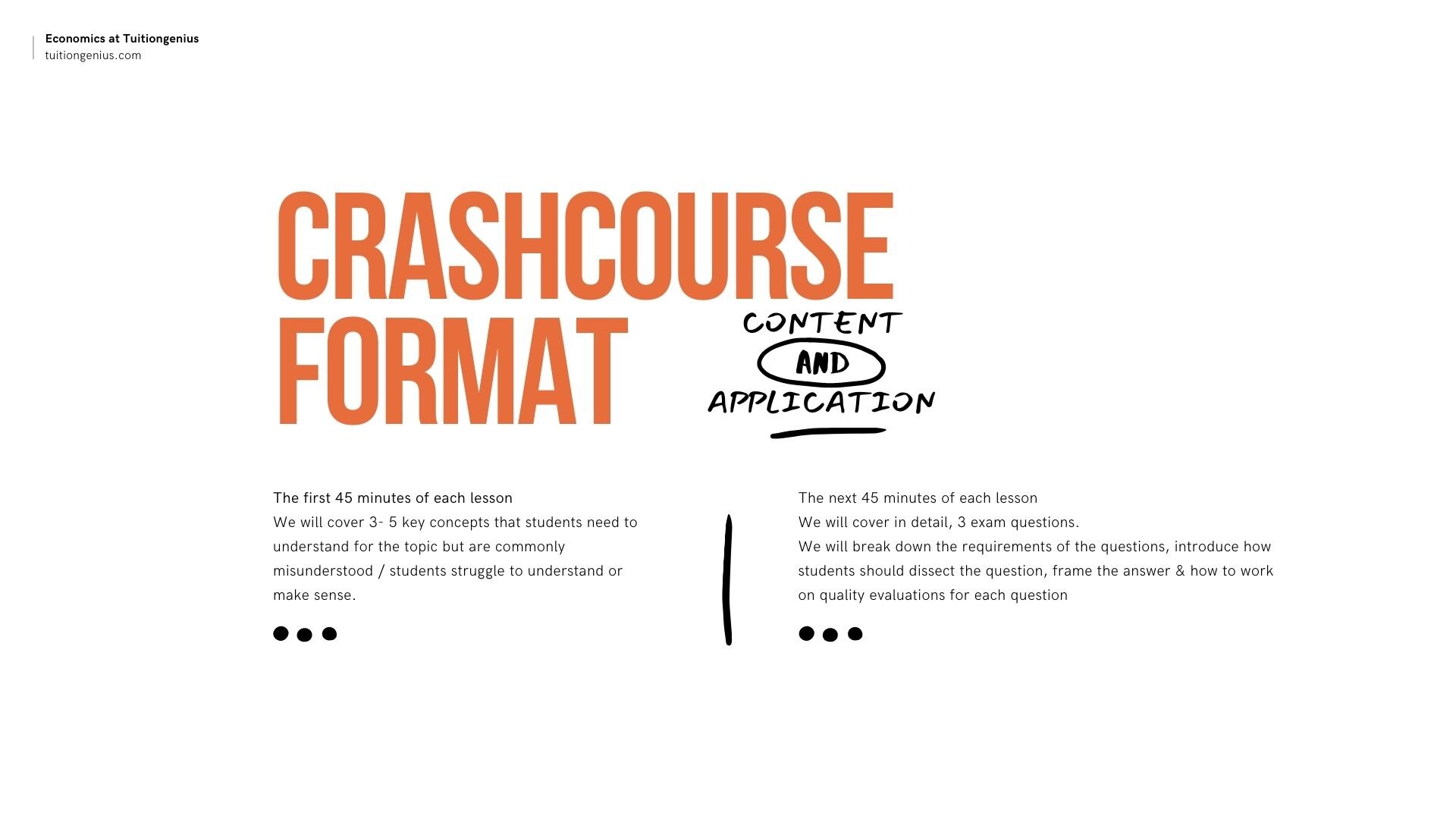 From new JC students to last-minute revision, rest assured that we leave no one behind.

We tailored our programme to customise according to the individual’s current needs.

For example, we have the ‘H2 Exam Pack’ for students who want to maximise their last few months before exam, and the ‘Regular Tuition Programme/Expedite’ for those who want to secure high grades right from the start of J1. 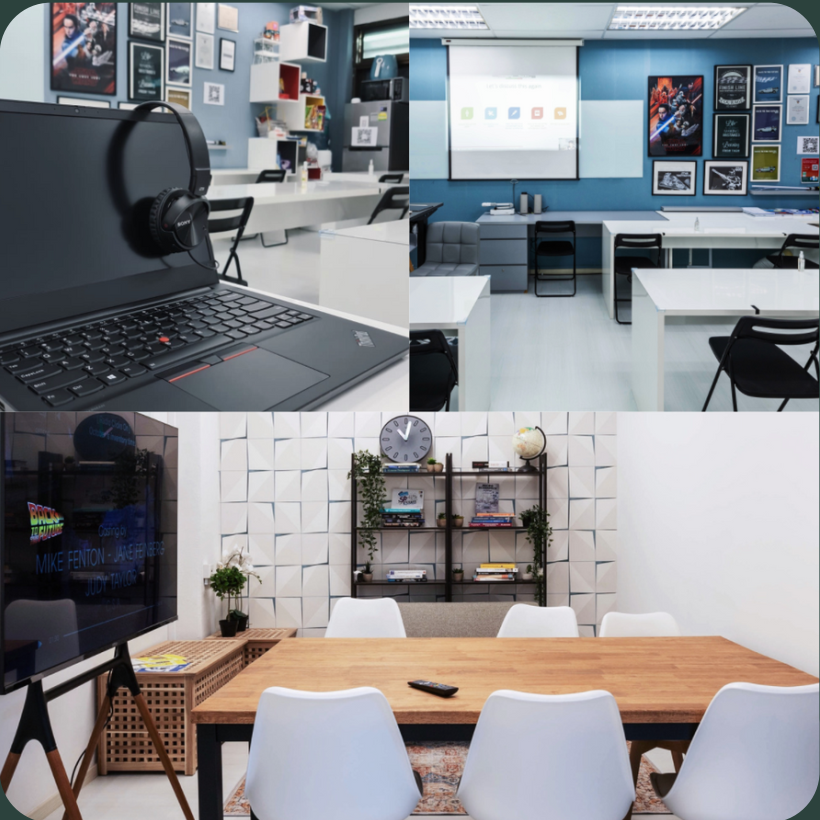 A Culture Of Learning Without Actually Feeling Like You’re Learning

Here at ETG, we believe in learning through relevance and fun.

Relevance in the form of real-world concepts that you can apply in your everyday life and are simple-to-understand.

Fun in a way that it’s entertaining, motivational and refreshing!

You can also expect Mr Toh to be approachable, friendly, and patient. We understand that learning takes time and will always find ways to explain until you get it.

Furthermore, we create a safe environment in every class for peer discussion as this allows students to share important perspectives and insights that students may/may not be blinded to.

ETG students can book our Student Lounge/table in our classroom located at Coronation Plaza to self-study too! (can bring along 1 friend) This includes the permission to borrow a laptop and headphones to watch video-recorded lessons. 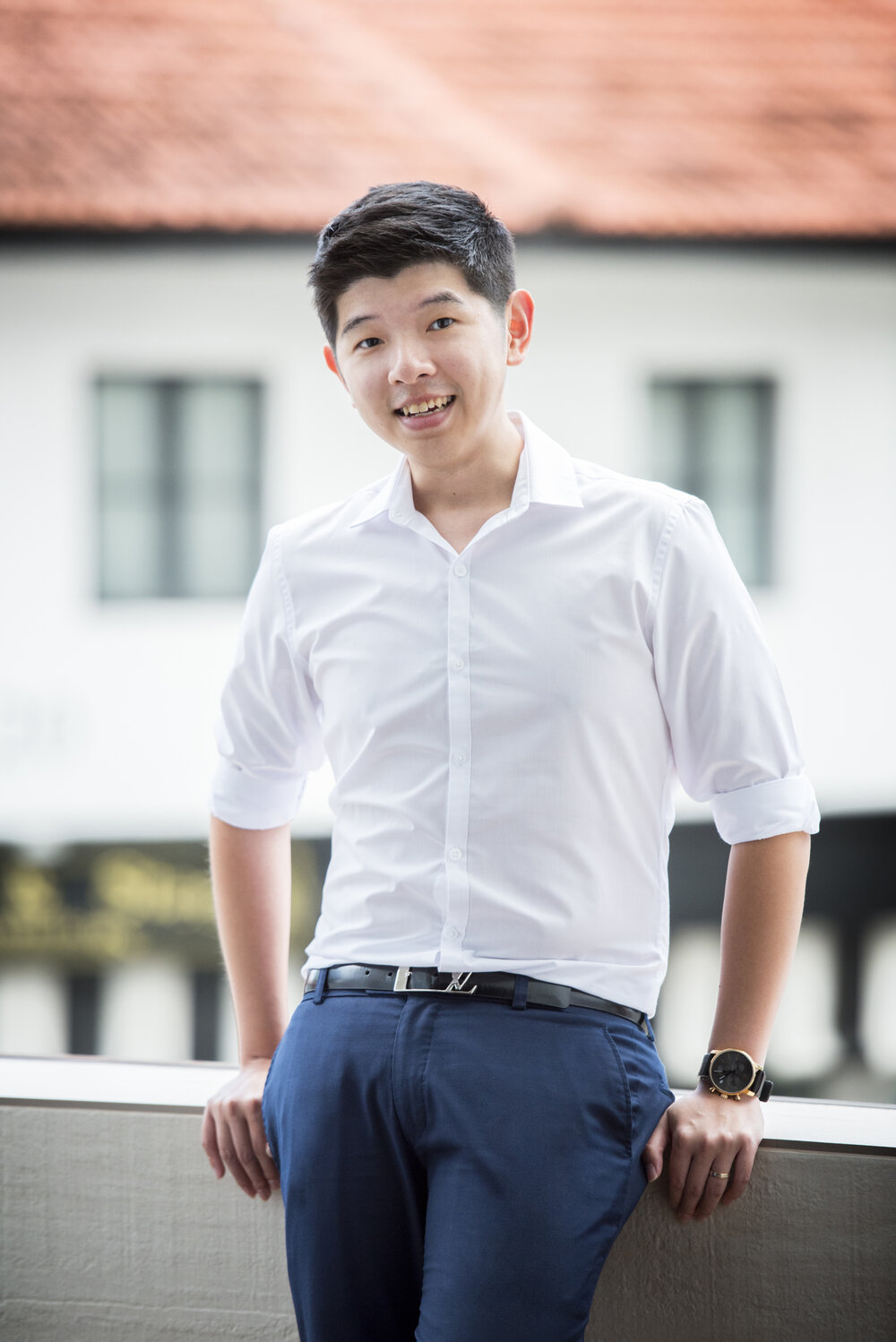 Mr Toh founded Economics at Tuitiongenius in 2007. He originally began tutoring students in Economics on a 1-1 basis in 2007.

But within a year, he gained a significant following and moved on to do group tutoring due to overwhelming demand.

Since then, the ETG family has grown sizeably, with him tutoring around 200 students on an annual basis.

His students generally do well in Economics with at least 6 months of tutoring, with most going on to place >90th percentile in school examinations.

But beyond just exam-readiness, Mr Toh strives to help students learn the value and relevance of Economics - to help them make use of Economics in understanding their world and experiences better.

Aside from tutoring Economics, Mr Toh manages a group of education businesses in various different areas, and is the dedicated father of 3 boys - Edison, Elon & Elias.

Can I/my child really benefit from your teaching process?

The beauty of our teaching process is you/your child doesn’t have to re-learn a new method.

Instead, we simplify econs concepts, provide broad yet targeted question practices, full attention from teacher, and drill on easy-to-acquire techniques (to the point where you/your child could’ve not studied much and still would’ve known what to write).
Do book your FREE Onsite/Zoom CONSULTATION (worth $10) to see the application of our method with your very own eyes.

How fast can I see improvement?

Every student improves at a different pace according to their learning style and time committed. To understand how fast you can see improvement, do book a FREE Onsite/Zoom CONSULTATION (worth $10) where our teacher can help to assess.

How big is the class size?

How is the class conducted?

For our On-site/Online Full option, your child has the flexibility of attending physical classes, or online LIVE Zoom classes. Lessons will be conducted using our easy-to-understand, in-house textbooks and workbooks.

After the lesson, customised homework will be given to the child based on his/her weakness or concept gap. Students can also scan the QR code in the textbooks and workbooks to access a detailed breakdown of the questions and answers.

To add on, students who miss the class or wants a refresher can simply re-watch the recorded LIVE lessons.

It's Never Too Late To Improve For 'A' Level Economics.

As you can see, ETG has the comprehensive resources and track record to finally help you/your child relate to Economics Concepts, get prepared, and effortlessly secure your/their desired grade – even if you/your child initially hate Econs, never did understand it, or struggled to improve it (with a few months left to exam)

But maybe you’re still not fully convinced yet. That’s ok!

Simply sign up for a FREE Onsite/Zoom CONSULTATION (worth $10) below and we will: