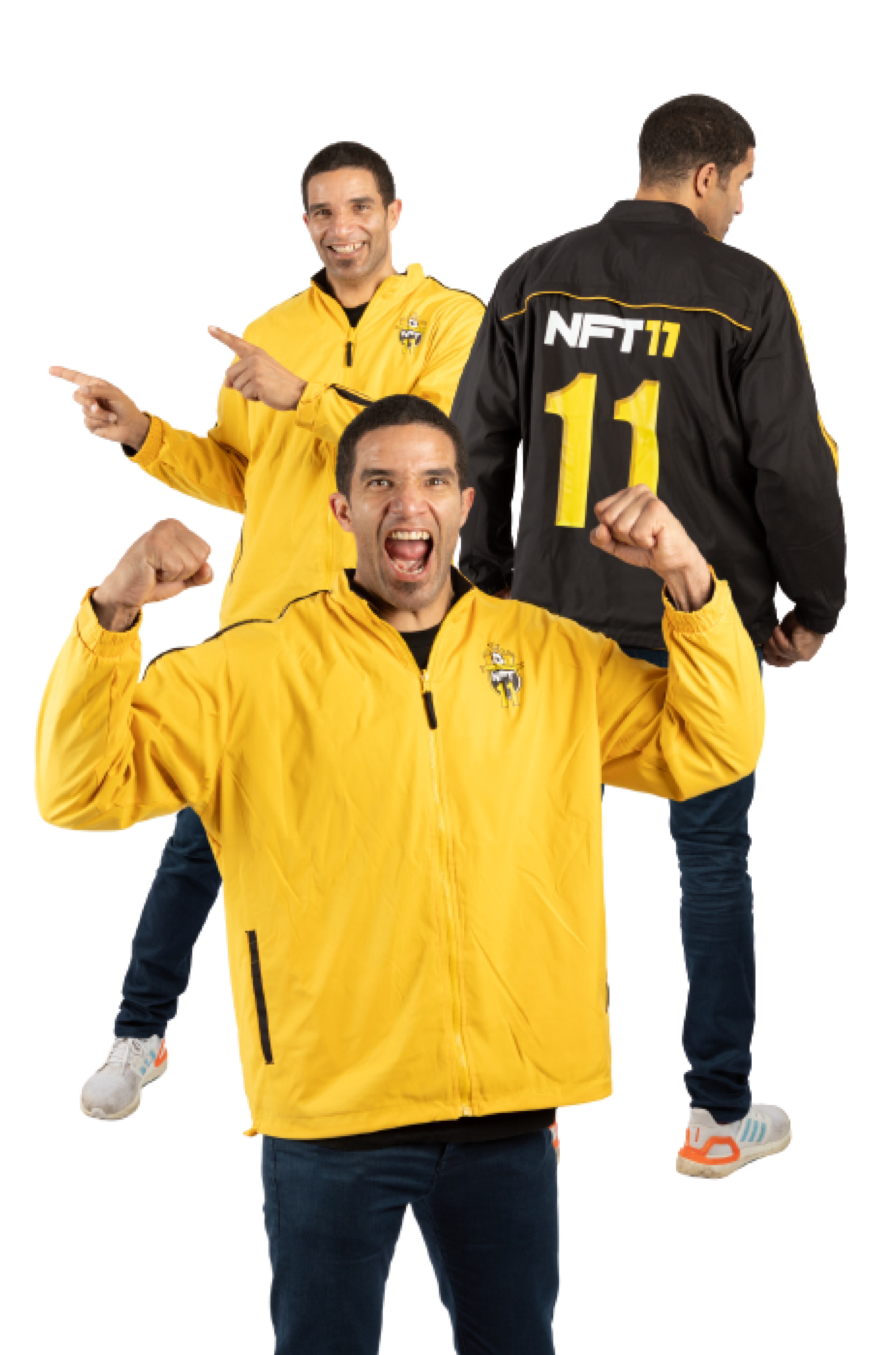 INVITING ALL SOCCER FANS AND GAMERS!

LEARN ABOUT THE NFT11 UNIVERSE AND GET REWARDED FOR BEING EARLY

In this webinar, you’ll learn why NFT games are on the rise and how it is slowly earning its place in the gaming industry.

You’ll learn how NFT11 is changing the way games are played and how you can be rewarded for being part of it now!

REGISTER FOR THE WEBINAR

Imagine owning a football team with unique players, coaching them to be very good at what they need to be, such as free-kicks, crossings, striking, defending, and so on.

You can scout for new talents using your existing players, or even loan them out to a different club and earn an income while you’re at it.

Inspired by Football Manager and FIFA Ultimate Team, NFT11 brings to you both aspects of these games where you train your players off-season, and take part in the action during tournaments.

Pit yourself against players of similar ranking and win prizes and rare rewards when you score high points!

What are NFT11 Legends?

Legends are limited edition players in the NFT11 universe. Owning a legendary player puts your club ahead of the rest!

NFT11 Legends are the key players of the game.

Each Legend has an elemental Aura that represents his specialty. When minted, the aura will boost two key stats that will represent the Legend’s specialty.

Normal Players are the base of the NFT11 Metaverse. They are not sold by the NFT11 team, and they can only be created directly by the community of Managers (YOU)!

Ultimate Players are a special class of Players in the NFT11 universe – they are officially licensed real life footballers that played on the top leagues and competitions throughout the world!

Ultimate players will have high skills and can only play in the position of their real-life counterparts.

They are limited edition players that can only be bought or acquired on special occasions. 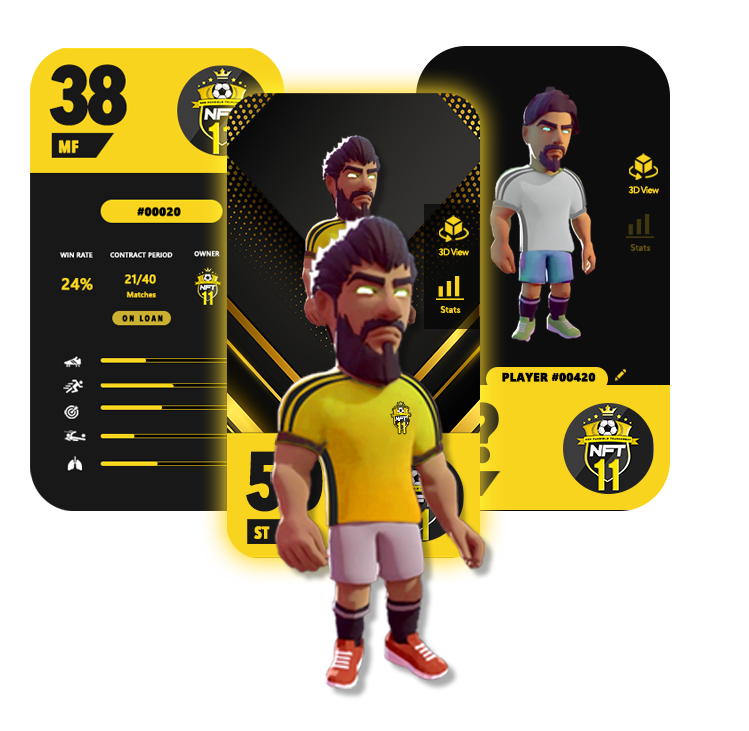 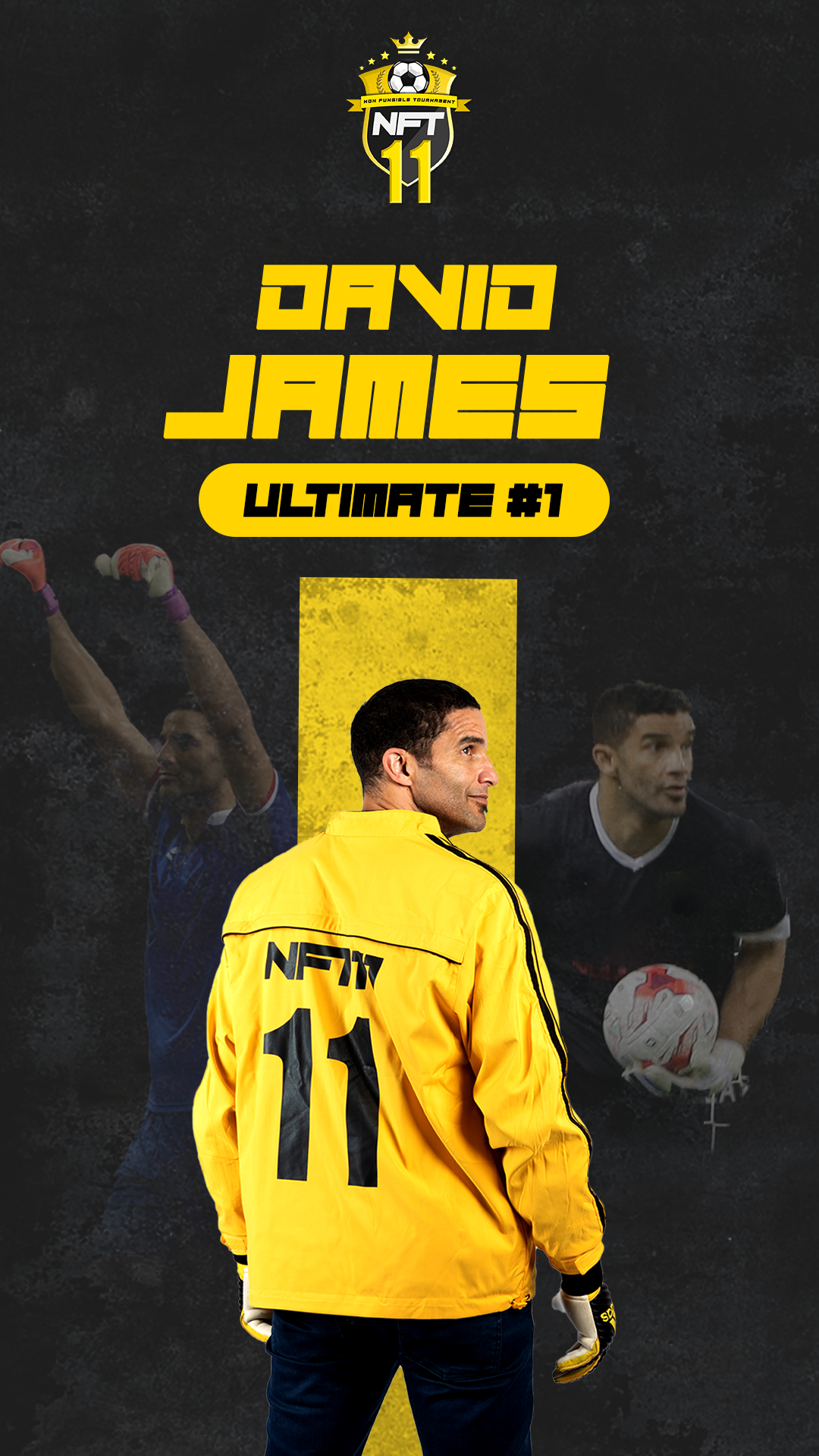 David James is the first of many real-life players that will make an appearance in the NFT11 universe. So, if you want to get one of these extremely valuable players, then subscribe to NFT11’s discord, twitter and other socials for the latest news and updates!

There are many more features NFT11 has to offer, such as deciding what career path you’d choose, from a club manager, to a talent scouter, or participate in tournaments with either your own team or through a scholarship program.

Join our webinar and follow us on your socials to hear more about what NFT11 is about and be part of this exciting universe!

What can I do in the NFT11 universe?

You can also choose to be a coach and recruit a team of players to train them to become anything you want them to be. Depending on how you train them, they can get good at free kicks, crosses, passes, and much more!

Participate in tournaments and stand a chance to win rare and coveted prizes and awards when you come out on top!
Purchase Move Cards Packs to unlock moves for your players to use during matches to increase your chances of winning! 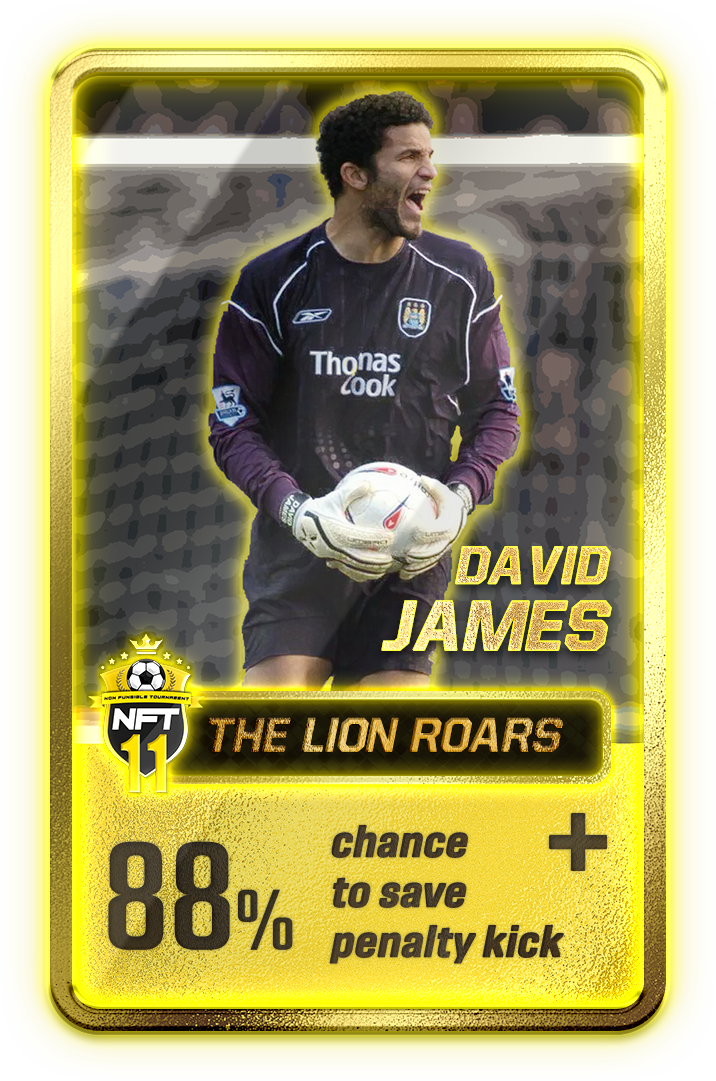 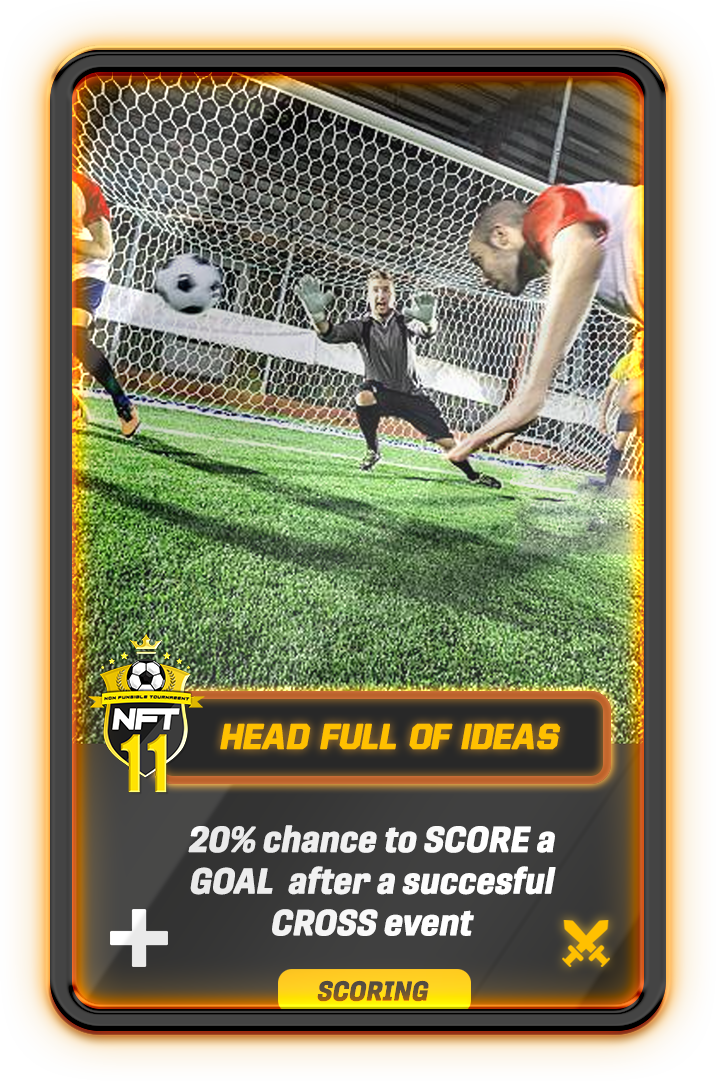 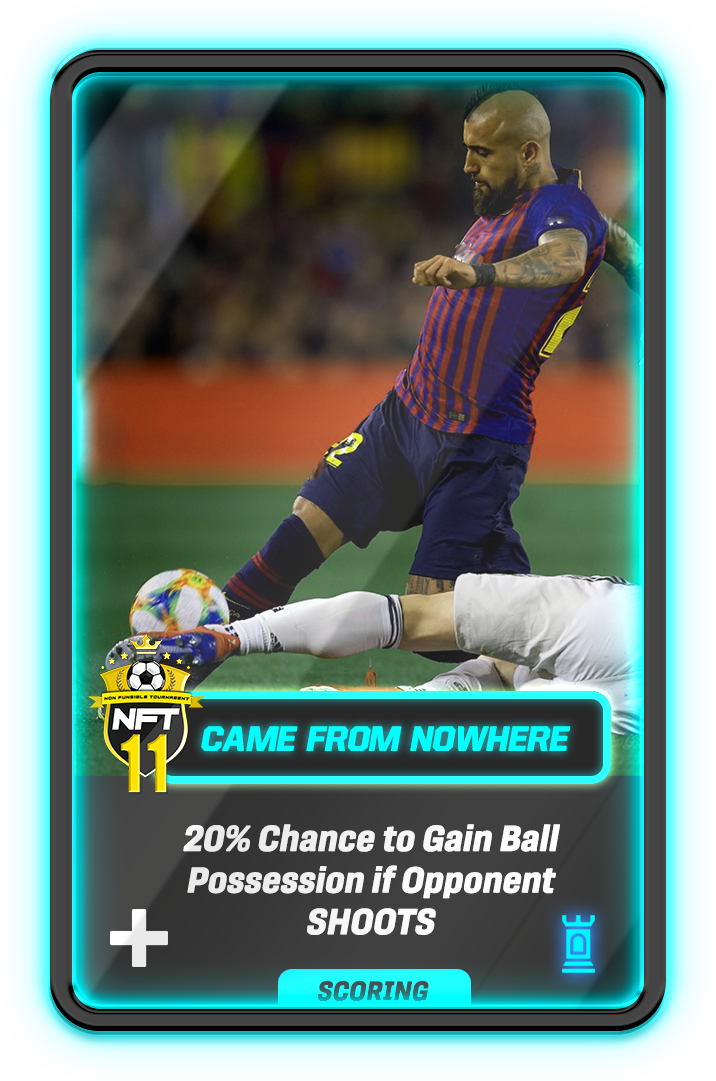 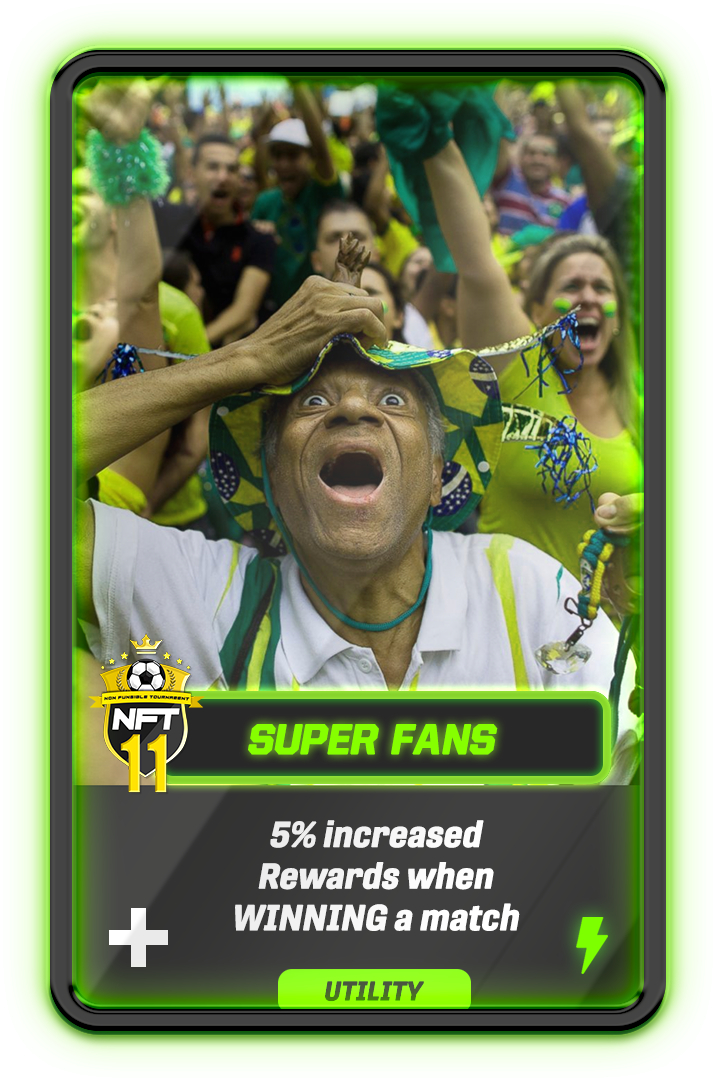 Scout for Talents THROUGH THE STADIUM

High tiers offer advantages on scouting features, such as, duration of the scout, age of the new player, the minimum value of the main stats and also the chance of minting move/signature cards and even Ultimate players!

You can then either trade these players away, loan them to another club, or use them to bolster your own team. The choice is yours to maximize your gameplay!

Get a spot in the stadium before it gets fully occupied! Learn more on how stadiums and other features of NFT11 works by attending our webinar session, completely free of charge and get free $NFT11 tokens just by attending!

Register For The NFT11 Webinar Now!

WHY SHOULD YOU ATTEND THIS WEBINAR? 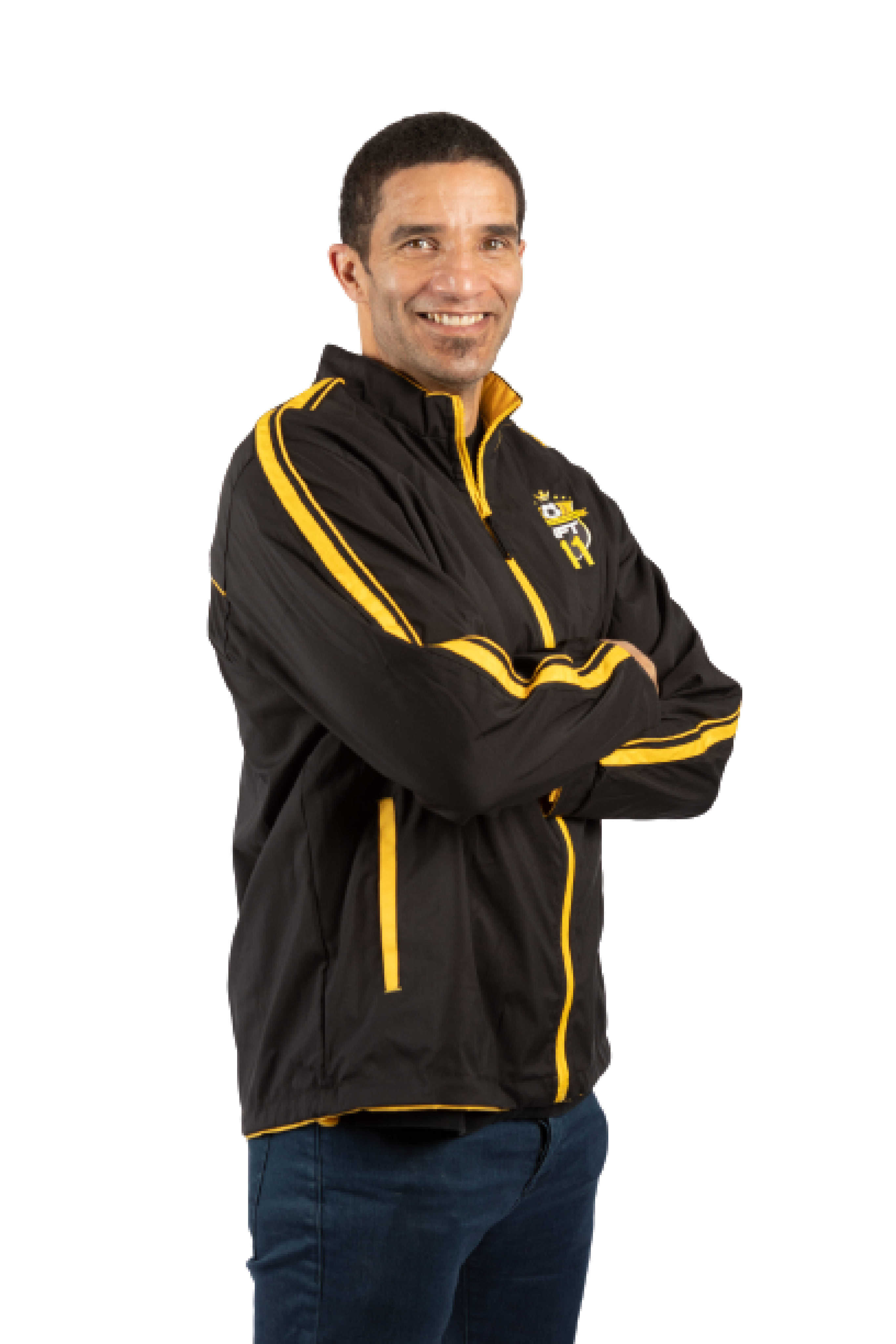 In this online session, you’ll discover what NFT Gamefi (gamification) is all about, and why its on the rise in many countries and how its slowly making its way into mainstream gaming.

You’ll hear us answer the hard questions about the NFT gaming industry and address common misunderstandings like “NFT is just right-click and save”.

You’ll learn how to create your own wallet as we navigate you through setting it up and even receiving your first token from us.

Register for the webinar and get FREE $NFT11 tokens just by doing so!

Register for the webinar and get FREE $NFT11

Hear about how NFTs are here to help gamers as Altura’s Creator answers our questions in this podcast!

Why NFT11 is getting the attention of gamers worldwide?

“NFT11 is a football manager/real time tactics game on the blockchain in the early development stage. We have previously raised over USD $1,000,000 in our IFO and are currently selling our NFT11 Legends (players) and developing our stadium seat NFTs for sale too. To date, revenue from our sales have crossed USD $2,000,000 in 3 months.”

Let’s hear what David James has to say about NFT11!

Check out our stats:

How many Legends will there be in total?

How much initial investment is required to play the game?

To play the game you will need at least 11 players. Prices varies based on your team setup.

How to get players on your team?

Buy Legend players!
There are no current Legend sales, but there may be more in the future. Stay tuned for sales announcements!
Legends are limited (only 47500 total ever!)
Legends are better players than normal players
Legends are the only ones that can scouts new normal playersthrough scouting.

Buy normal players!
These players are created through talent scouting in the stadium. Players then can buy them off other players from the community.

Loan players!
You will be able to loan players by paying a fee to theownerto fill your team instead of buying them. Or you can receive fees by letting other managers loan your players!

NFT11 tokens are the lifeblood and currency of the game. It is used to facilitate trades, auctions, and to perform other actions including participating in tournaments, loaning players, and scouting for talents.
Tournaments will also include NFT11 tokens as prizes for winning.

We’re a team that loves football and was inspired to create a game based off blockchain technology because there wasn’t any on the market that could satisfy us. We’re here to create not just a game, but also a community that can be connected through football.

But what makes NFT11 different from others?

Going through the past year of game development, we actively listen to our community feedback and adjust our mechanics to balance the game.

We learned from the mistakes of some of the biggest blockchain games and how we can create a game the right way.

You have heard your fair share of play and earn horror stories.
They promise an exciting game at the start, but go silent once they’re done with their IFO (Initial Farm Offering) and have raised a large sum of money. And when the game finally comes out, its not as exciting as they promised and is a total let-down. It drives people away from their game and the developers do little to salvage it.

You see, most of these developers can spend up to 90% of their budget on marketing and advertising to lure in as many people as they can. They neglect the development of their game and all they do is promise future ‘updates’ to fix what they should have been doing from the start.

The team here at NFT11 have raised over $2,000,000 dollars to date and we’re using a huge portion of it on game development. We believe a game is only as successful as its community and we’re devoted to create a game that is deserving of such an audience.

Sign up now for the webinar to earn free $NFT11 and to hear more about the amazing world of NFT11 and how you can start getting involved!

Can’t want to get started?

Visit our official NFT11 website and get your hands on a sales package!

Get my SALES PACKAGE!
x