Delight You for Decades to Come

Homes are for life - and they should be built that way

The definition of cosiness at its pinnacle - Parc Vista

"We wanted to have a very cosy home, a place where we wanted to be at all the time.”

That was what Justine and Michael had envisioned their homes to be. To achieve that, we went for a cosy resort theme and designed it with plush sofas, dark wood textures and unique, rare feature lights.

We wanted to build a this family a nest where they could unwind and feel at ease after a long day or school at home.

A sophisticated client with very specific requirements, we spent days shopping to get the exact feature lightings, barn doors, and even a phenolic grille divider for them.

Knowing they were huge foodies who cooked frequently,we also helped maximise their kitchen storage spaces by building custom fixtures like a designer knife-holder and powder-coated metal frame pots shelves that were easy to access and looked fabulous at the same time!

Fancy being greeted by your home when you return each day? Like to dim your lights without having to get out ofthe bed? That’s exactly this SMART home we designed is capable of.

Style-wise, we blended wood grains and dark colours to give our young couple the Muji and Hotel style they adored. Various light fixtures were also carefully placed to set an ambience of luxury–never failing to wow friends and family who pay this couple a visit.

You might just think you were in picturesque part of Europe when you walk into this apartment.

For this project, our homeowners expressed their fondness for a Dusky European home infused with a tinge of modernity.

Understanding that furniture would play a crucial role in realising our client’s vision, we invested a lot of time in visiting various furniture shops across the island to ensure that every piece blended masterfully into their overall theme.

The story of Faris’ & his Spiderman Room

Of all homes we’ve designed, this tiny room stands out to us the most.

This room belonged to Faris, who had contracted a terminal illness and requested through Make-A-Wish Foundation that one of his dreams was to have his room renovated.

After speaking with his mother, we learned two important things–one, the room would be shared with his brother and two, Faris was a huge fan of Spiderman.

We suggested building an elevated queen-sized bed where we would house a pull-out wardrobe beneath, doubling the amount of usable space in his room.

And for Faris’ love for spiderman, we decided to plaster a bigger-than-life-size poster of spiderman on the wall right in front of his bed.

The idea was to have spiderman greet him each time he woke up and tuck him to sleep when he went to bed at night – encouraging him through tough days and comforting him when things got hard.

I think the scene when Faris saw his newly renovated sums up what we as a studio work for –to witness the joy of our clients as they are welcomed by a home that express them, a home that they feel at one with.

Let’s build your dream home together

Hi, my name is Brandon Tng 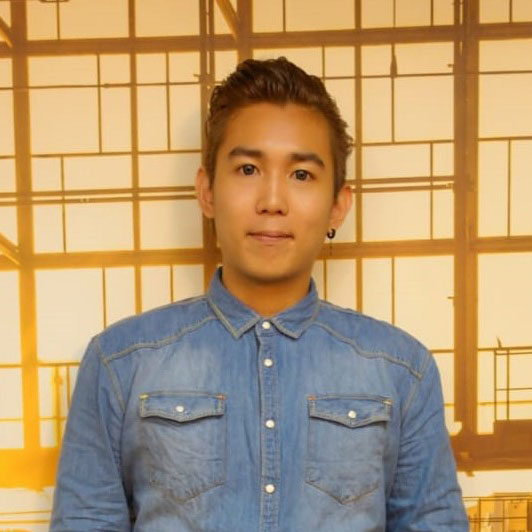 and I’m the head designer of Conception Studios

Together with my designers, 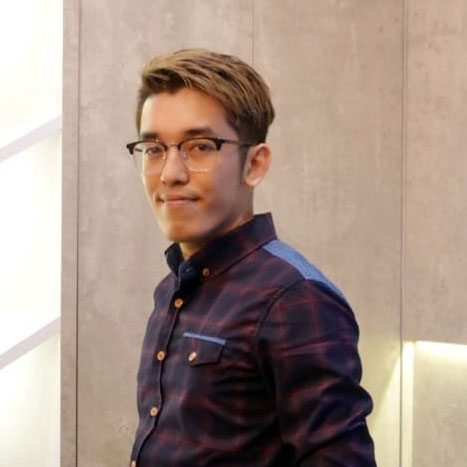 “I believe in listening carefully to each and every of clients’ wants and needs for each project and hold myself to high standards when it comes to helping them realise their homes. After all, a home is where we’ll return to every day – and it’s crucial to get it right.”

David is our senior designer and has over 10 years of interior design experience. His strength lies in his strong grasp of Scandinavian designs - apartments that are spacious, full of natural light with a neat appearance. 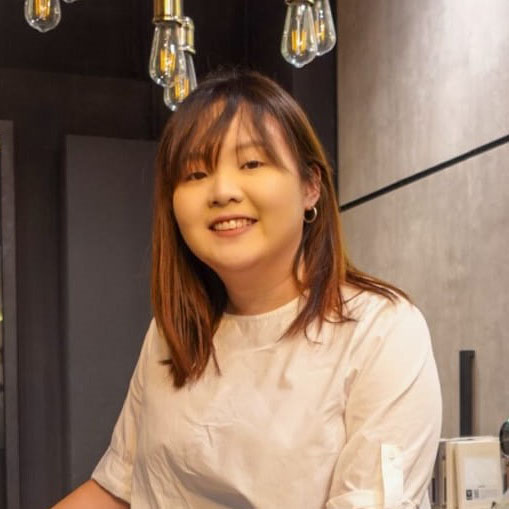 “To me, designing beautiful homes is just one part of interior design. It’s also about creating a home that is both functional and tells the stories of the people who live in them. When all three of these elements come together, can we then achieve stunning results.”

While still fresh in the field, Joreen is one of the most meticulous and creative designers we have trained. She has a talent for visualizing how different materials and colours come together to create spectacular homes. She specialises in Scandinavian and Timeless Black interior themes. 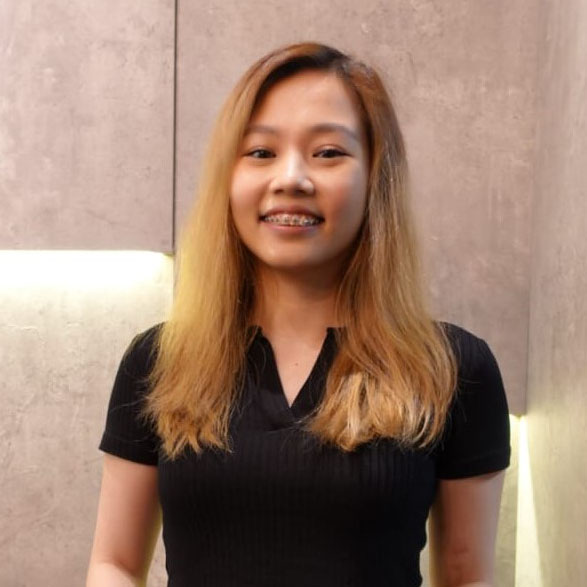 “When it comes to interior design, the most important thing to me is creating a space which specifically suits the people who’re living in it. I find it deeply satisfying whenever I’m able to build a place where clients feel most comfortable in - and that’s what I constantly seek to accomplish.”

Tricia has a unique design flair, excelling in Industrial and “Muji-inspired” themes.

…we’ve over 40 years of combined experience in designing timeless homes where style and function meet.

At Conception Studios, the first step of every project we embark on begins with getting to know our clients intimately.

We seek to learn more about you – how your daily life goes about, the themes that excite you most, the vision of the home that you’ve been painting in your mind for the past year or so.

If you’ve an album of images saved from Instagram – share it with us. Be as specific as you like when you tell us your must-have requirements for your home’s every corner.

As we speak, we’ll also have a tablet on hand where we’ll browse through a large collection of pictures to ensure we know exactly what you’re looking after.

After all, it’s going to be your home for years to come. And that’s why it’s important to us that we design a nest that both expresses your personalities and serves your day-to-day needs.

We also provide a free defect check service for those who’ve gotten their keys. 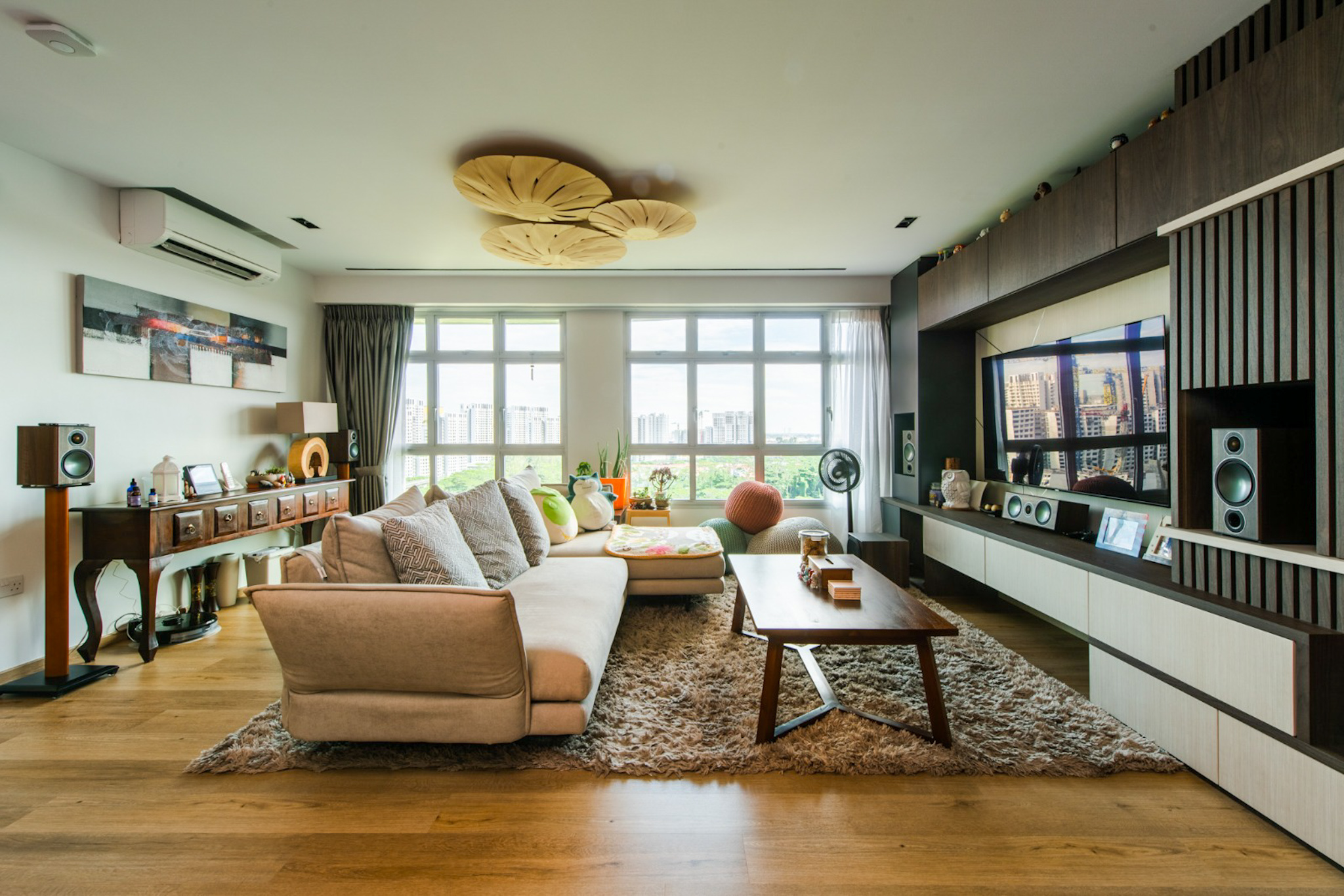 What our clients say about us

We needed an ID firm who could work with us to realise our dream home... We had a lot of expectations but during some of the interviews we saw that some of the work they did before was really good…

My wife and I were extremely impressed with Joreen’s design for our new house… They constantly gave us updates on the progress and made sure that every single detail was well taken care of.

I felt like I was working with a friend. Brandon is very friendly and approachable. There was a lot of space limitations as it was a smaller unit compared to where we were before, but somehow Brandon managed to design the storage spaces such that we have so much storage.

A timeless home is one that stays clutter-free, even when your family grows

Even as our need for space has stayed the same (or even grown..), our houses seem to be shrinking with each passing year.

At Conception Studios, we see this as a challenge, tapping on our toolbox of interior design hacks to help you maximise your home’s spaces – all so you can enjoy a clutter-free home for life.

Doubling the spaces of the room at 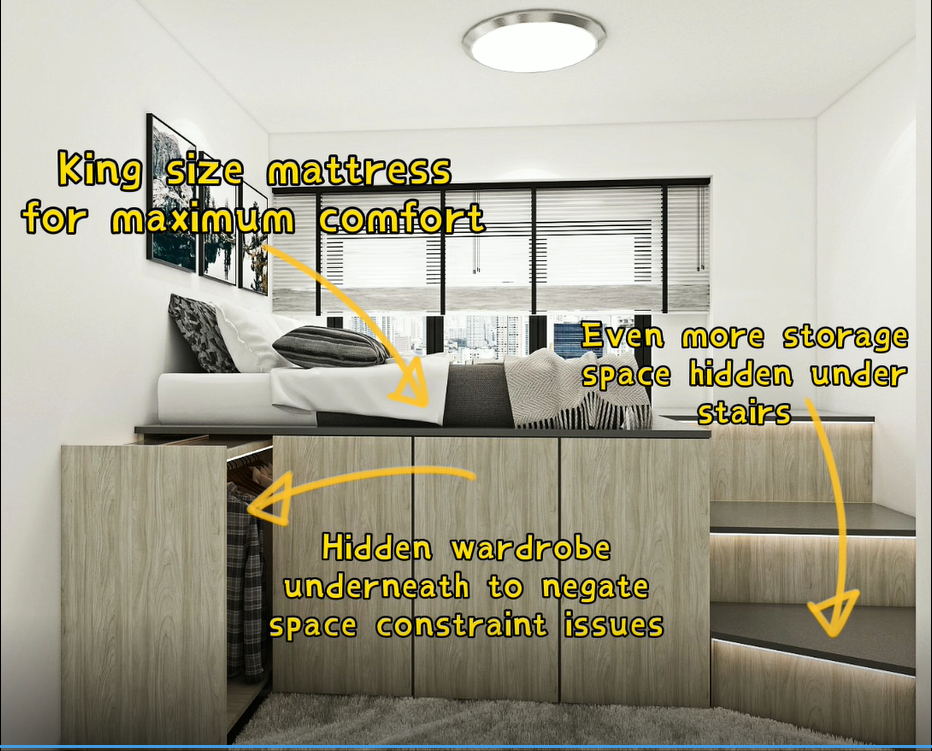 If you like shopping for clothes like this client of ours, you'd most definitely love the elevated bed platform with hidden wardrobes housed beneath our designers came up with.

into a stylish shoe cabinet 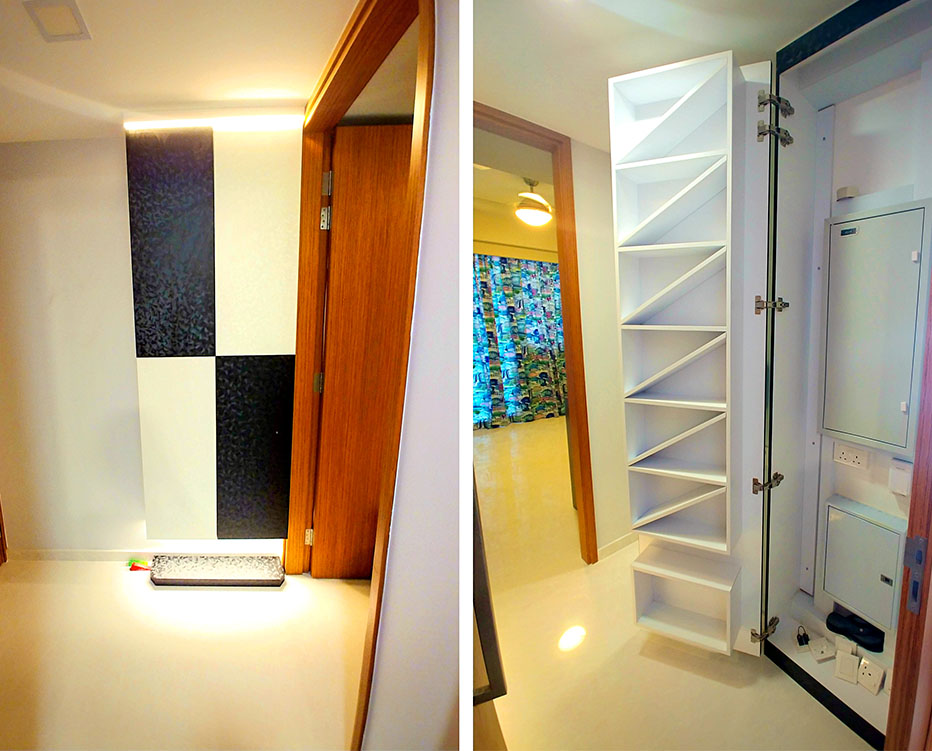 Electric boxes render entire stretches of space wasted and are a headache in general.

Our solution? Build a sleek-looking shoe cabinet around it that conceals it while serving as functional space!

Communication is the key

Like marriage, we believe that communication is a key to a smooth and successful renovation.

For each project, we create a WhatsApp group where we post weekly updates of your home’s progress and you can share any ideas that come to you.

A successful renovation is determined not just by how well it looks at the point of handover, but also how well it stands in the test of time.

To ensure high standards in our workmanship, we use only familiar contractors whose quality of work we’re certain of.

That’s why we’re able to provide every client with a two-year warranty on all renovation works – from carpentry, electrical, masonry, plasterceil, painting to hardware (except for wear-and-tear, of course).

Before any renovation work takes place, we’ll provide you with a comprehensive document that states the materials that’ll be used together with the scope of work covered.

This way, you can be sure that you’ll receive exactly what we agreed upon, be it a hardwood wardrobe in your bedroom or a quartz countertop for your kitchen.

We understand that as a homeowner, you’d want a concrete renovation completion date so you’re able to plan your shifting in smoothly.

Of the past thirty projects, we’ve only been behind schedule once – and we plan to keep it that way.

If you’ve liked what you’ve seen and find that our values match yours, we’d love to hear more about your home’s vision.

There’ll be none of those pressure tactics – we believe in getting work through our merit and genuineness.

During this free consultation, you’ll receive:

Simply fill in the form below and we’ll contact you shortly. 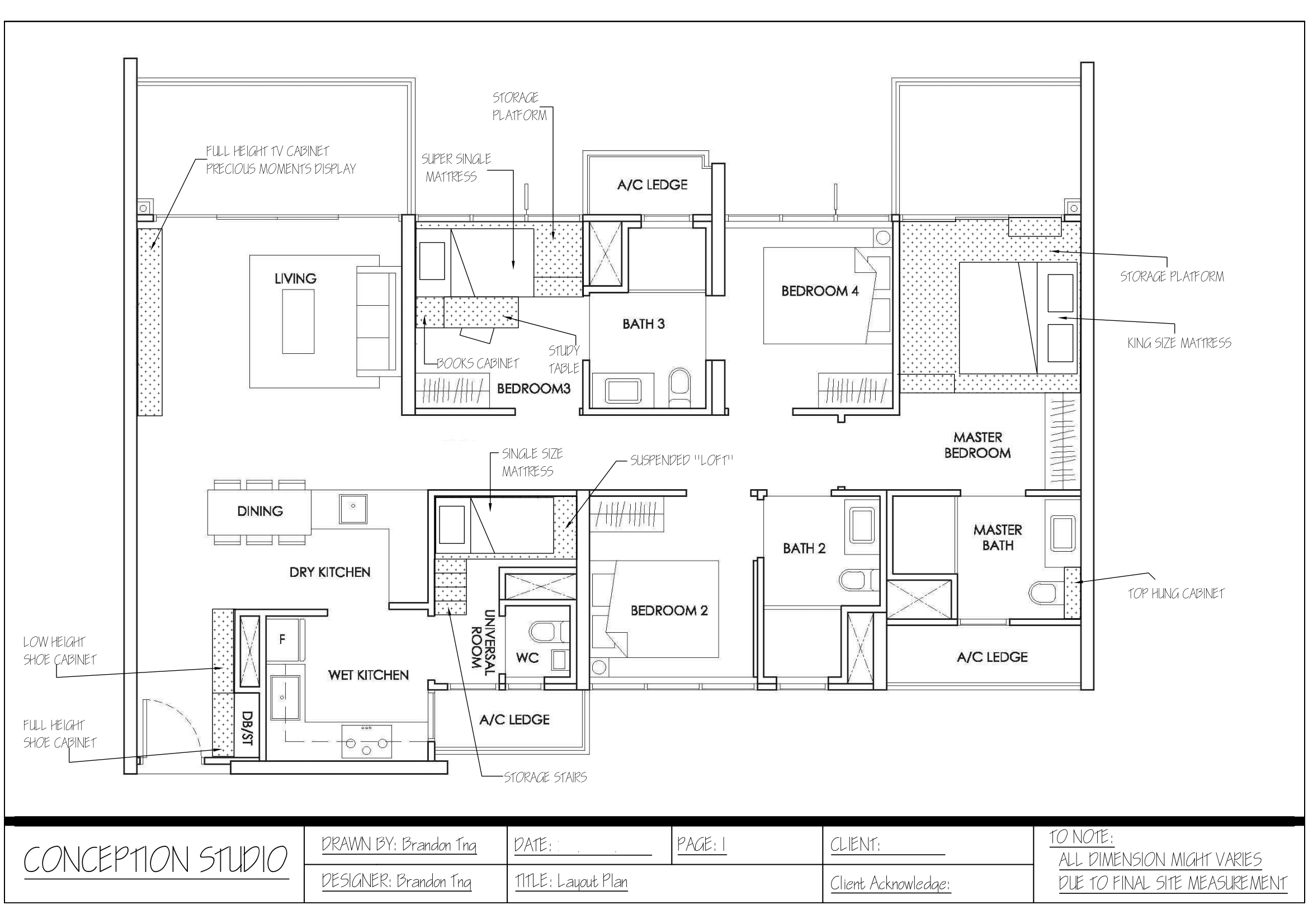 We specialise mainly in Scandinavian, Timeless & Space-Saving designs. However, we've also had many successes in other styles. That's because we always plan our designs around the needs of our clients.

Will you use pressure sales tactics?

Never. We believe in working only with homeowners who find that they have a chemistry with us. After all, we believe every ID project is a partnership between you and us.

Who will be working on my home?

We employ a hand-picked team of specialised contractors who've been with us for a long time now. Time and time again their works have proven to be of high standard and you can be sure your home will be the same.

What type of homes do you specialise in?

Is it okay if I only wish to renovate my kitchen & bathrooms?

Of course. We do many kitchen & bathroom design projects too. Simply drop us a message and we'll share with you more about what we can do for you.

Will you be providing 3D drawings too?

Most definitely. Before each project starts, we'll do up detailed 3D drawings for your viewing so you can see what your home will look like before confirming on the design.

If you're sourcing for several quotes, we probably won't be the cheapest. That being said, we're confident of delivering high quality work that'll leave you satisfied for decades to come.